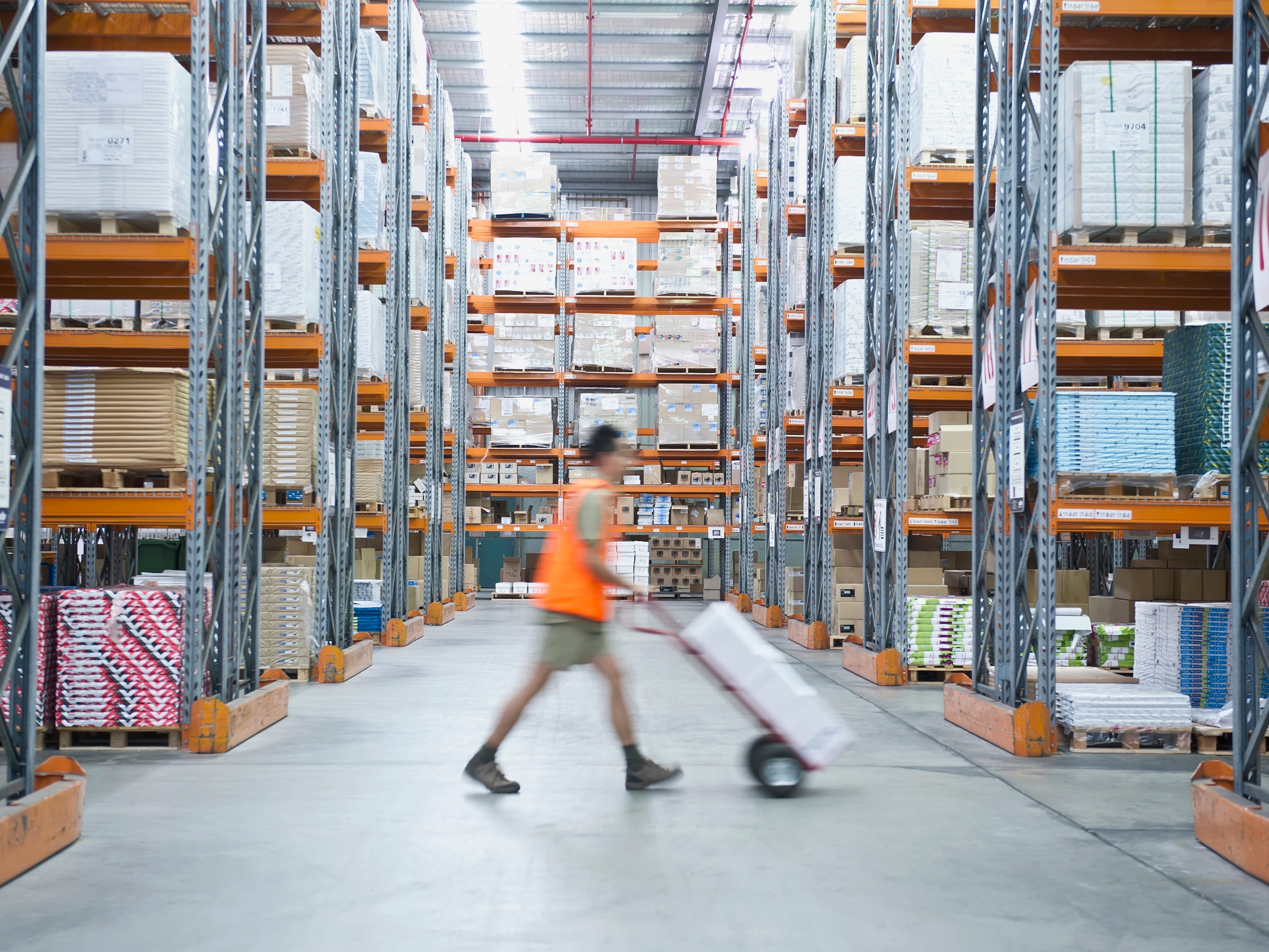 In past recessions, there was plenty of empty warehouse space from the start causing low prices to get lower. This time, that’s not the case.

The last year has brought a downturn in home sales, investor losses, and multiple rounds of layoffs to the titans of real estate — but not all of them.

That’s not the tune most real estate executives have been whistling lately and that’s because Prologis deals mostly in warehouses, not homes or offices.

Counter to past periods of economic uncertainty, demand for warehouses is holding up even as the rest of the economy wavers. Prologis actually expects rents in its portfolio to grow 10% in 2023, while some experts expect the housing market to hit bottom early this year.

Prologis CEO Hamid Moghadam’s customers are retailers, industrial companies, and e-commerce logistics firms. Though these companies still feel the economic slowdown, they’re not hurting as badly as others.

“You do hear the headlines of the weaker retailers, but I think if you look at it overall, it’s actually pretty positive. It’s more positive than the headlines,” Moghadam said.

Cooling economy, but still no space

Whether or not there’s a true recession coming, Moghadam said he expects “close to 0% GDP growth for a while.” That may lead individual companies — say, Amazon — to pull back on investing in new warehouses. But the state of the market entering this slowdown is a key difference from similar moments in the past. And it could keep Prologis and its competitors in warehousing insulated, according to the CEO.

In past recessions, there was plenty of empty warehouse space from the start, causing low prices to get lower. This time, that’s not the case. Vacancy in Prologis’s portfolio is around 3% now, and the company expects it to rise to no more than 4% this year. That’s historically low, and it’s been that way through most of the pandemic as e-commerce spiked — especially in cities with prime conditions for logistics.

“If we look back to previous recessionary cycles, usually, we get declines in consumption which drives lower demand for industrial space. But we’ve also never started a cycle with the kind of persistently low vacancy like we have right now or tailwinds from e-commerce and supply gain reconfiguration,” said BTIG analyst William Thomas on the same call.

Low vacancies mean it will take a pretty serious shift in demand for the warehouse market to take a hit anywhere close to the housing market. Prologis execs said that’s unlikely, since warehouse leases are cooling slightly, but they started at a boiling temperature.

For the last few years, warehouse renters, especially in the e-commerce business, have been suffering from FOMO, Moghadan said, leading companies to frantically grab up space.

That’s over now, said the CEO, but retailers are still eager to modernize their e-commerce supply chains, which means online sellers other than Amazon are making long-term plans to catch up. Warehouse space thus becomes an investment in future success. Plus, these deals move a lot more slowly than house purchases — so it can be harder to hit the brakes.

“While our macro forecast assumes a moderate recession, which may put headwinds on demand, our business is driven by secular forces and long-term planning,” Arndt said. “We expect 2023 to be a year where headlines continue to be disconnected from our business.”