Police arrested 67-year-old Chunli Zhao from Half Moon Bay in connection with the shootings. He was eventually located in his car, which was in the parking lot of a sheriff’s substation.

The only known connection the victims had to Zhao is that they may have been co-workers, San Mateo County Sheriff Christina Corpus said during a news conference a day after the shooting.

Four people were found dead, and one injured, at Mountain Mushroom Farm, where Zhao reportedly worked. 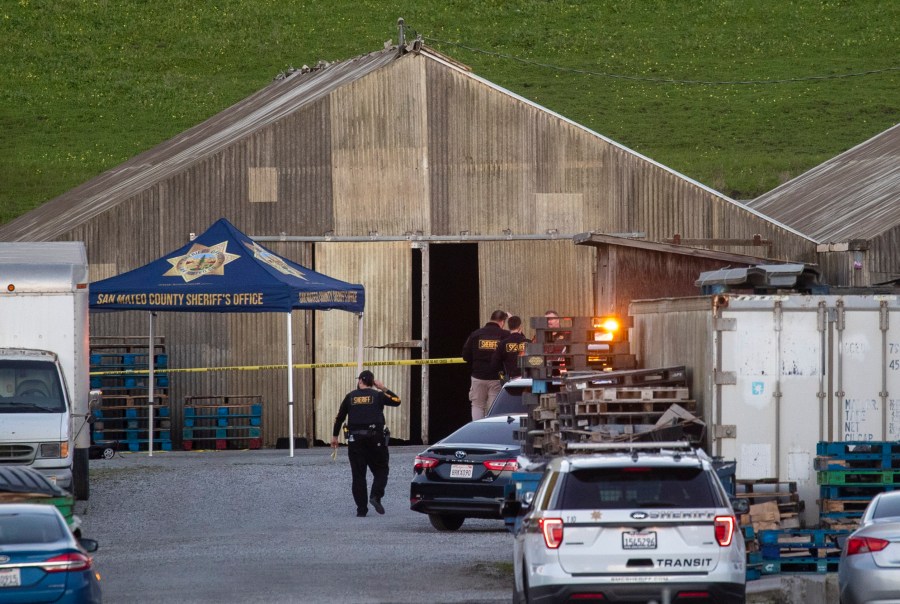 Half Moon Bay is a small Northern California community of fewer than 12,000 people about 30 miles south of San Francisco.

The Half Moon Bay shooting followed the killing of 11 people late Saturday during a Lunar New Year celebration in Monterey Park, an Asian American community at the eastern edge of Los Angeles. The gunman killed himself as police approached his van the next day.

President Joe Biden and first lady Jill Biden extended their sympathies for the victims of the Half Bay Moon shooting and their loved ones in a statement Tuesday morning.

“For the second time in recent days, California communities are mourning the loss of loved ones in a senseless act of gun violence,” Biden said. “I have directed my administration to ensure local authorities and the broader Half Moon Bay community have the full support of the federal government in the wake of this heinous attack.”

California Gov. Gavin Newsom tweeted that he was at a hospital meeting victims of the “deadly mass shooting” in Monterey Park when he was informed of the shootings in Half Moon Bay. “Tragedy upon tragedy,” he said.

The Associated Press contributed to this report.