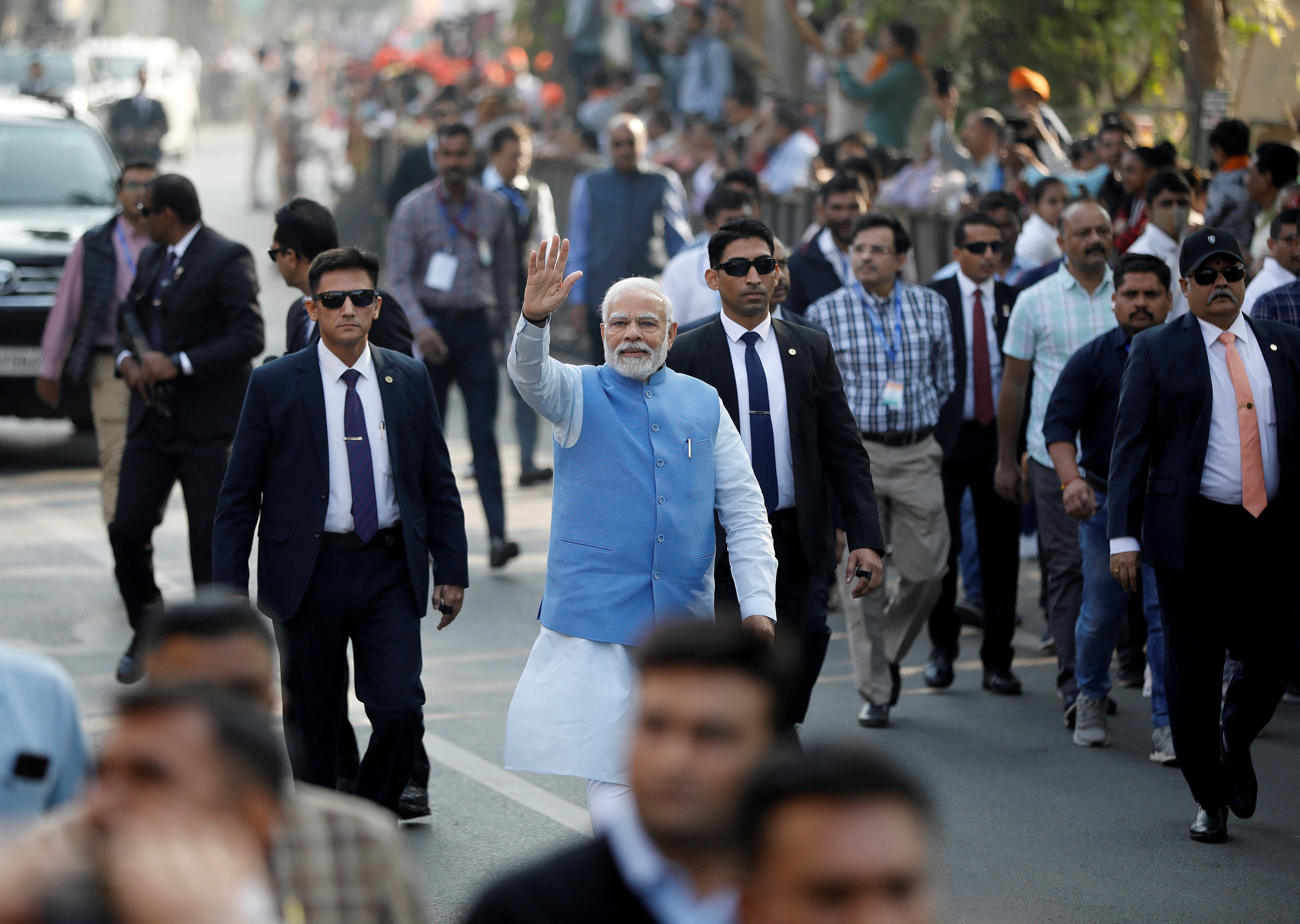 India’s Prime Minister Narendra Modi waves to his supporters as he arrives to cast his vote during the second and last phase of Gujarat state assembly elections in Ahmedabad, India, December 5, 2022. REUTERS/Amit Dave

A top Indian university cut off power and internet supply on campus on Tuesday before a screening by its students’ union of a BBC documentary on Prime Minister Narendra Modi that India has dismissed as propaganda, broadcaster NDTV reported.

The Jawaharlal Nehru University (JNU) in the capital New Delhi had threatened disciplinary action if the documentary was screened, saying the move might disturb peace and harmony on campus.

Modi’s government has labelled the documentary, which questioned his leadership during deadly riots in his home state of Gujarat in 2002, as a “propaganda piece“, blocked its airing and also barred sharing of any clips via social media in India.

Modi was chief minister of the western state during the violence in which more than 2,000 people were killed, most of them Muslims.

The students’ union of the JNU, long seen as a bastion of left-wing politics, was to screen the documentary, “India: The Modi Question”, at 9 p.m. (1530 GMT).

A person present with students inside campus said the documentary was now being watched on mobile phones through links shared over Telegram and Vimeo (VMEO.O) after the power went out.

“There are about 300 people streaming the documentary now in campus on their phones since the power went out about half an hour before the screening,” the person, who did not wish to be identified, told Reuters.

Footage from inside the campus showed some students huddled together and watching the film on a laptop propped up on a chair.

The JNU media coordinator did not comment when asked about reports of internet outage and a power cut inside the campus. A source in the administration said a fault in the power line caused outages in faculty residences and other facilities and the issue was being looked into.

The university administration earlier said it had not given permission for the documentary screening.

“This is to emphasise that such an unauthorised activity may disturb peace and harmony of the university campus,” it said.

“The concerned students/individuals are firmly advised to cancel the proposed programme immediately, failing which a strict disciplinary action may be initiated as per the university rules.”

Union president Aishe Ghosh had asked students via Twitter to attend the screening, describing it as having been “‘banned’ by an ‘elected government’ of the largest ‘democracy'”.

Ghosh did not respond to phone calls and a message after reports emerged of a power outage in campus.

Police vigilance was ramped up following a request from campus, police said.

The documentary was also screened at some campuses in the Communist-ruled southern state of Kerala, The Hindu newspaper reported.

India’s home ministry did not respond to requests for comment on the government’s plans if the film is shown at JNU and in Kerala.

The 2002 Gujarat violence erupted after a train carrying Hindu pilgrims caught fire, killing 59. Crowds later rampaged through Muslim neighbourhoods. In 2017, 11 men were jailed for life for setting the train ablaze.

Modi has denied accusations that he did not do enough to stop the riots and was exonerated in 2012 following an inquiry overseen by the Supreme Court. Another petition questioning his exoneration was dismissed last year.

Last week, the BBC said the documentary was “rigorously researched” and involved a wide range of voices and opinions, including responses from people in Modi’s Hindu nationalist Bharatiya Janata Party.