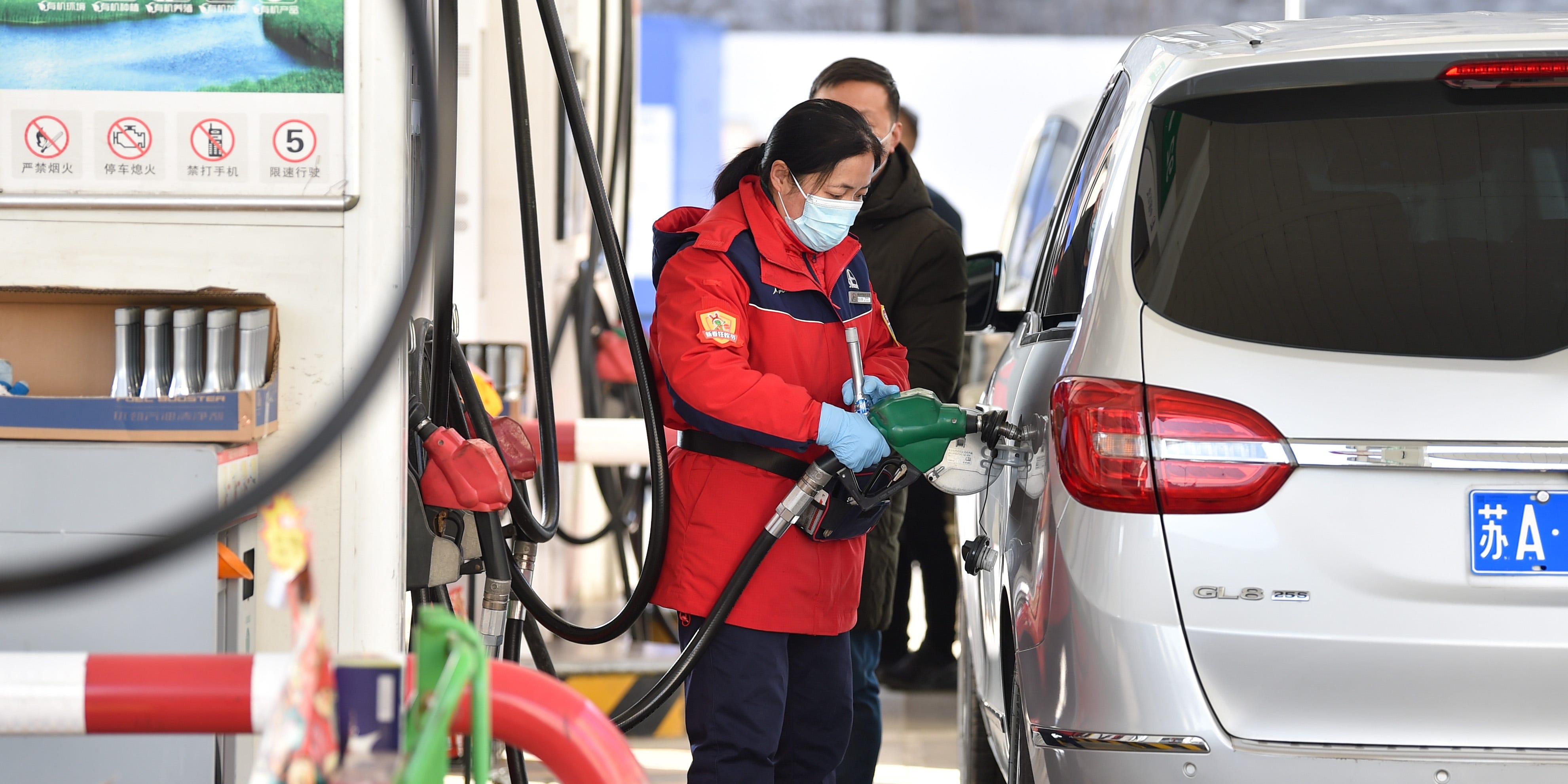 A staff member fills up a car at a gas station in Nanjing, Jiangsu Province, China.

The major upside catalyst for oil prices in 2023 is China revving up economic activity, but downside risk also lies with Beijing if it retreats from its loosening of restrictions tied to COVID-19, according to RBC’s top commodity strategist.

“The China reopening story is the big tailwind for oil,” Helima Croft, head of global commodity strategy at RBC Capital Markets, said in a CNBC interview on Monday.

“If you look at mobility data, people are getting back on the road, back in airplanes, back on the subway, Chinese imports are rising. If this trend continues, that is the real bull story for oil this year.”

Among recent figures, China’s national railway said it expects a near 68% increase in the number of people it foresees transporting in 2023, to 2.69 billion passenger trips.

Chinese cities late last year began pulling back strict lockdown and other measures aimed at curbing the spread of COVID, with the moves jump-started after mass protests in November.

Brent crude oil, the international benchmark, on Tuesday traded around $86 a barrel, and West Texas Intermediate crude was fetching around $80 a barrel. Brent has risen roughly 1% in 2023 and WTI has been largely flat. The small moves come after a volatile 2022 that left Brent’s price up about 10% and WTI higher by nearly 7%.

Croft noted that Chinese imports of oil rose above 11 million barrels per day in November and December, the first such increases since the first quarter of 2021.

“I would say, though, there’s still some sort of caution about whether China will stay the course on this reopening,” she said. Croft said sources she has spoken to say officials will be monitoring issues such as rising infections.

“They pointed out the weakness in the Chinese healthcare system in terms of doctors, lack of vaccine,” she said. “If the government stays the course … this is the story that would propel oil prices higher.”

Chinese health officials reportedly said this week that eight in 10 people have caught coronavirus since December. The country’s official COVID-related death toll has climbed to 72,000, though reports indicate the real figure is much higher.

Meanwhile, OPEC is sticking with its plan to reduce oil production by 2 million barrels a day, moving with caution as recession worries persist, said Croft.

Home » Audio Sources - Full Text Articles » Oil’s bull story for 2023 is China’s reopening, but that could be derailed if Beijing can’t stay the course on its retreat from zero-COVID policy, RBC’s Helima Croft says
a
Advertisements