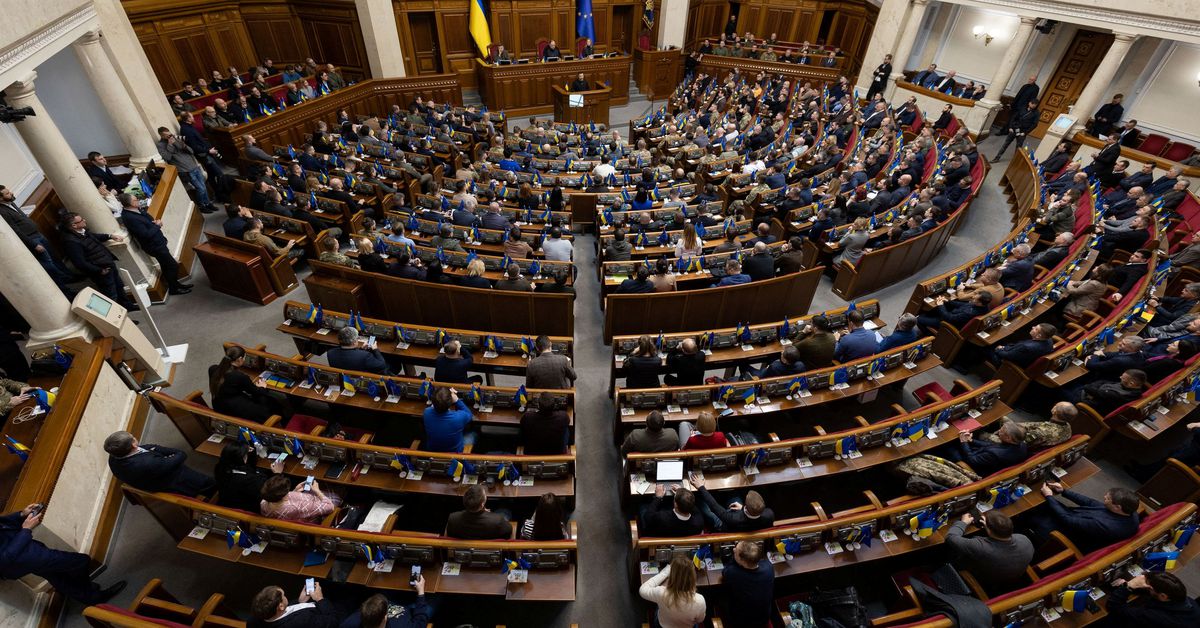 Ukraine’s President Volodymyr Zelenskiy delivers his annual speech to lawmakers during a session of the Ukrainian Parliament, amid Russia’s attack on Ukraine, in Kyiv, Ukraine December 28, 2022. Ukrainian Presidential Press Service/Handout via REUTERS

KYIV, Jan 24 (Reuters) – Ukraine’s ruling party drew up a bill on Tuesday aiming to boost transparency in defence procurement after an army food contract became the subject of high-profile corruption allegations, according to parliament’s website.

President Volodymyr Zelenskiy’s team is trying to set out a tough stance against graft after the Defence Ministry was accused by a media outlet of overspending on food. The ministry denied the allegations.

Anastasia Radina, head of the parliamentary committee for anti-corruption matters, said the bill would make it obligatory for prices paid for products and services for the army to be made public on the state procurement website.

Radina, a member of Zelenskiy’s Servant of the People party, said the requirement would not be introduced for arms purchases.

“We are obliged to ensure a level of transparency in procurement for the army, under which such scandals simply will not arise. Can it be done in a way that does not expose customers and suppliers to additional risks? Yes,” she said.

Last year, when Russia invaded Ukraine, the country’s defence spending came to about 32.5% of gross domestic product, according to Oleksiy Danylov, head of its Security Council.

The legislation has been sent to parliament for discussion and would need to be approved in three votes in that chamber before being signed into law by Zelenskiy.