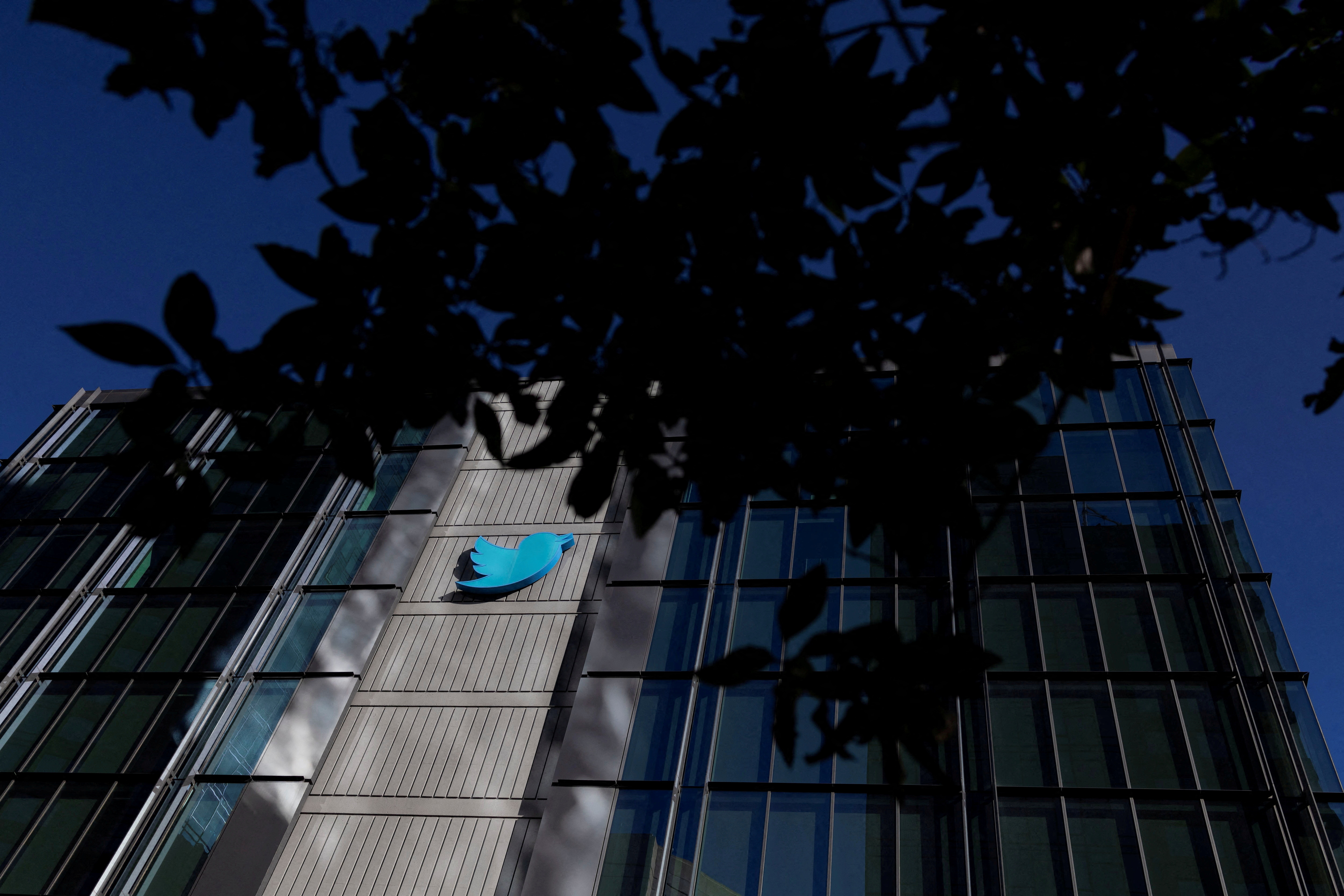 A view of the Twitter logo at its corporate headquarters in San Francisco, California, U.S. November 18, 2022. REUTERS/Carlos Barria

A group of Jewish students and an anti-hate speech association have filed a legal complaint against Twitter (TWTR.MX) at a German court, they said on Wednesday, arguing the company did not remove anti-Semitic content.

The European Union of Jewish Students and HateAid criticised what they described as a lack of moderation regarding content which could incite hatred.

The complaint, filed at a Berlin court, concerns six posts which the groups said were anti-Semitic but not deleted even though they were reported. In one case, the deleting of a post which denied the Holocaust was explicitly refused, said the groups.

Holocaust denial is a crime in Germany.

In a statement, HateAid and the EUJS said they were trying to establish whether Twitter users have a legal right to enforce Twitter’s terms and conditions, such as not tolerating threats and hateful behaviour.