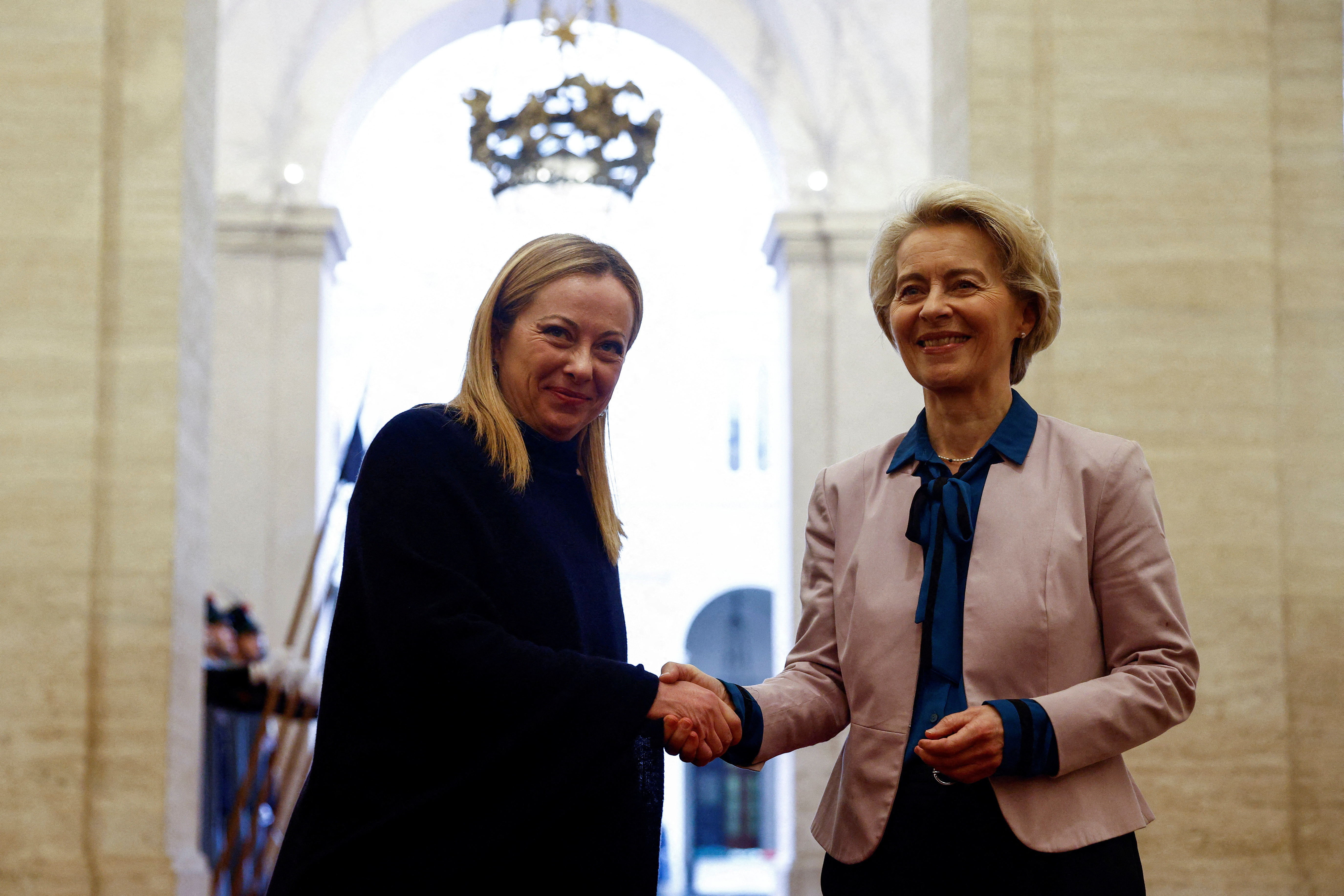 Before Italian nationalist leader Giorgia Meloni won power in September, German news magazine Stern put her on its front cover with the headline: “The most dangerous woman in Europe”.

Such was the worry that European Commission President Ursula von der Leyen issued a barely veiled threat that she had “the tools” to deal with Italy should it veer from a democratic path.

But almost 100 days since Meloni took office at the head of the most right-wing government Italy has seen since World War Two, these concerns have largely melted away.

Despite her neo-fascist political roots and often fiery rhetoric, Meloni has chosen caution over confrontation at home and abroad, promoting the status quo rather than risk stoking tensions or financial crises, with radical reform.

“We have seen something of a metamorphosis,” said Sofia Ventura, a political science professor at Bologna University.

“She has been more moderate with her comments than when she was in opposition and has clearly understood that she needed to change her profile to be a credible international leader.”

Friend and foe alike say a significant reason for the softly-softly approach is money — or rather a lack of it.

At nearly 150% of GDP, Italy has the third largest public debt pile in the industrialised world after Japan and Greece, and the dramatic fall of Liz Truss, who quit as British prime minister just two days before Meloni took office, revealed the dangers of crossing financial markets.

“What happened in the UK shows … how cautious we have to be with our fiscal and monetary policy mix,” EU Commissioner Paolo Gentiloni, a former Italian prime minister, said at the time.

Adding to the pressure on Meloni is Italy’s dependence on the European Union’s recovery and resilience fund. Under the plan, Rome should receive some 190 billion euros ($206 billion)in grants and loans so long as it fulfils a series of reforms agreed with the previous administration led by Mario Draghi.

Eager to avoid any misunderstandings, Meloni’s first trip abroad after becoming prime minister was to see von der Leyen in Brussels, to reassure her that Italy would meet its obligations, despite the reservations she had raised ahead of her election.

“It would have been unthinkable for Meloni to risk missing out on this money. Failure would have been a tragedy,” said Daniele Albertazzi, professor of politics at the University of Surrey. “She behaved in the only way she could,” he said.

Her only run in with a European leader came three weeks into the job, when French President Emmanuel Macron denounced Italy for refusing to let a rescue ship carrying over 200 migrants dock in its ports. The boat headed instead to France.

A government source in Rome said the row was caused by a misunderstanding. Meloni’s PR team thought Macron had agreed to take in the ship and Tweeted to thank him. In fact, he hadn’t and felt Rome was trying to manipulate him, the source said.

The pair have since made amends, officials said.

An EU diplomat, who declined to be named, said Meloni, who previously spouted fierce euroscepticism, was sill looking to find her feet in Europe and was clearly being prudent.

That same caution has been evident at home too.

Her coalition has yet to present any major reform and its skimpy first budget ignored many costly campaign pledges. The government also scrapped an excise duty relief measure that had been in place on fuel since March 2022, despite once promising to eliminate the tax altogether.

So far the Italian public has applauded Meloni’s prudence, with support for her Brothers of Italy party rising above 30% in the polls against 26% in the September election — more than three times the backing that her coalition partners the League and Forza Italia are drawing.

In a country plagued by political turbulence, the three ruling parties have avoided any major infighting and are predicting they will govern together for a full five-year term — something that has only happened once since World War Two.

Supporters say this means they can take their time on reforms, such as introducing presidential-style government.

“We are working on a programme spread out over five years without the anxiety of having to bring home instantaneous results,” Giovanni Donzelli, head of organisation within Brothers of Italy, told Reuters.

Behind the scenes some changes are emerging, with the right-wing bloc starting to place its own appointees in key positions, while a planned overhaul of the Treasury could give Meloni and her allies more power to shape state-controlled entities.

But Meloni’s poll domination over her partners, who at various times had previously led the conservative bloc, could create friction, with the League and Forza Italia unlikely to accept playing the role of junior partner for long.

A likely trigger for dissent is the League’s push to give its northern bastions greater autonomy, including more say over how their taxes are spent. Such a reform is not appreciated by the Brothers of Italy, which fears it could hurt its voter heartlands in central and southern regions.

“Regional autonomy is going to cause Meloni a lot of trouble. It is a very hard circle to square,” Albertazzi said.