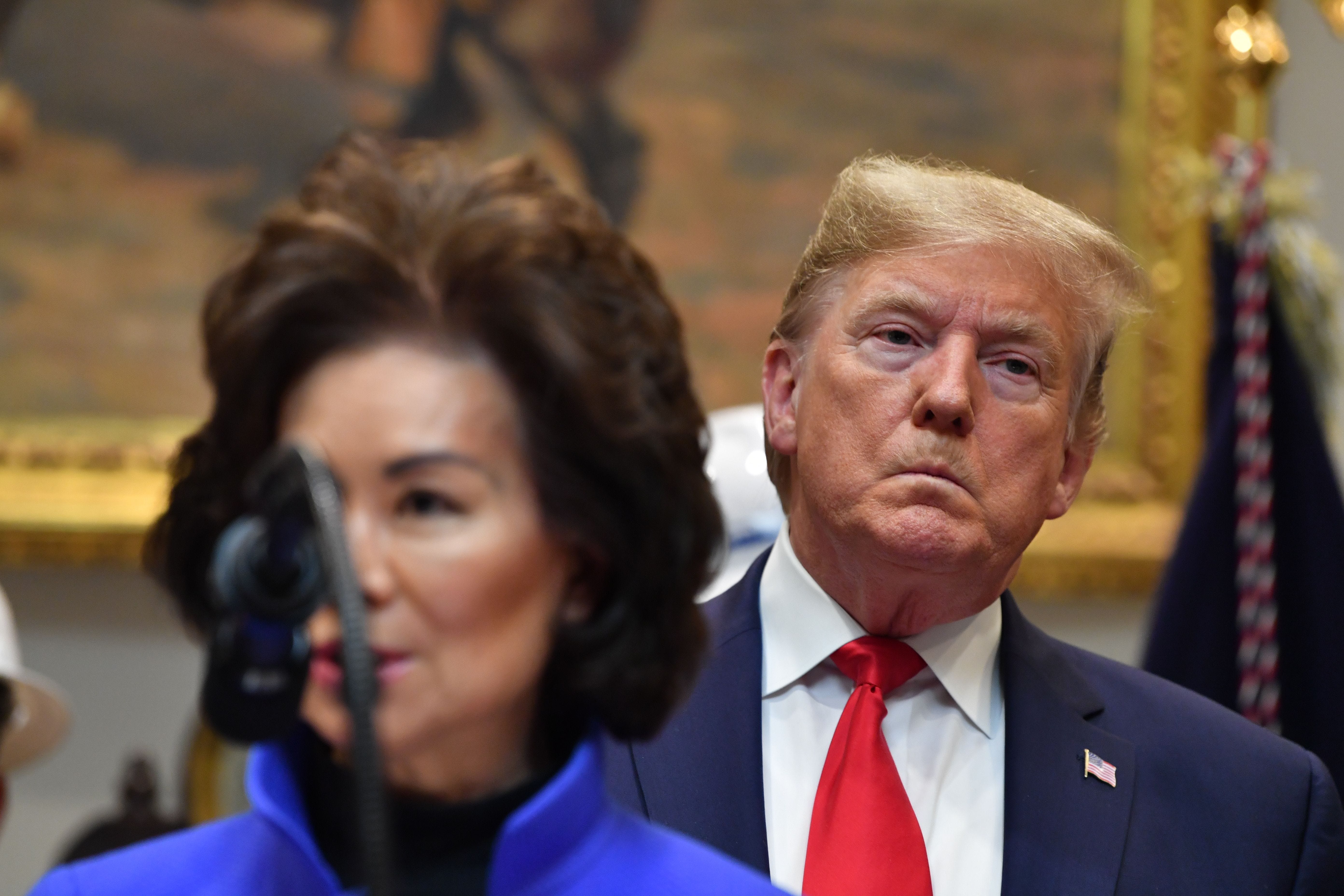 One-time Transportation Secretary Elaine Chao has hit back at former President Donald Trump, who has for months been posting racist diatribes about her on social media.

In a statement to Politico on Wednesday, Chao — who served four years in Trump’s cabinet — voiced her displeasure at his derogatory nickname for her.

“When I was young, some people deliberately misspelled or mispronounced my name,” the statement read. “Asian Americans have worked hard to change that experience for the next generation.”

“He doesn’t seem to understand that, which says a whole lot more about him than it will ever say about Asian Americans,” Chao added.

Chao released her statement after Trump in a Truth Social post on Monday once again referred to her by the nickname “Coco Chow.”

“Does Coco Chow have anything to do with Joe Biden’s Classified Documents being sent and stored in Chinatown?” he wrote. “Her husband, the Old Broken Crow, is VERY close to Biden, the Democrats, and, of course, China.”

Trump has repeatedly claimed without substantiation that Chao and McConnell are compromised by their ties to China. Trump has also called Chao “crazy” and described her as McConnell’s “China loving wife.”

“He’s trying to get a rise out of us. He says all sorts of outrageous things, and I don’t make a point of answering any one of them,” she told CNN in December. McConnell previously said he has no response to Trump calling his wife crazy.

It’s unclear why Chao — amongst all of Trump’s political foes’ spouses — has been such a magnet for the former president’s ire, but Chao was the first Trump Cabinet member to resign following the Capitol riot.

When approached for comment about Chao, Trump’s spokesperson, Steven Cheung, told Politico: “People should stop feigning outrage and engaging in controversies that exist only in their heads.”

Trump has repeatedly made racist, anti-Asian remarks. He gave COVID-19 the nickname “Kung-Flu” in 2020. His other term for COVID-19, the “China Virus,” is still used in right-wing fringe circles.

Trump’s press office and a representative for Chao did not immediately respond to Insider’s requests for comment.