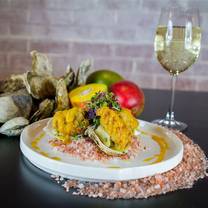 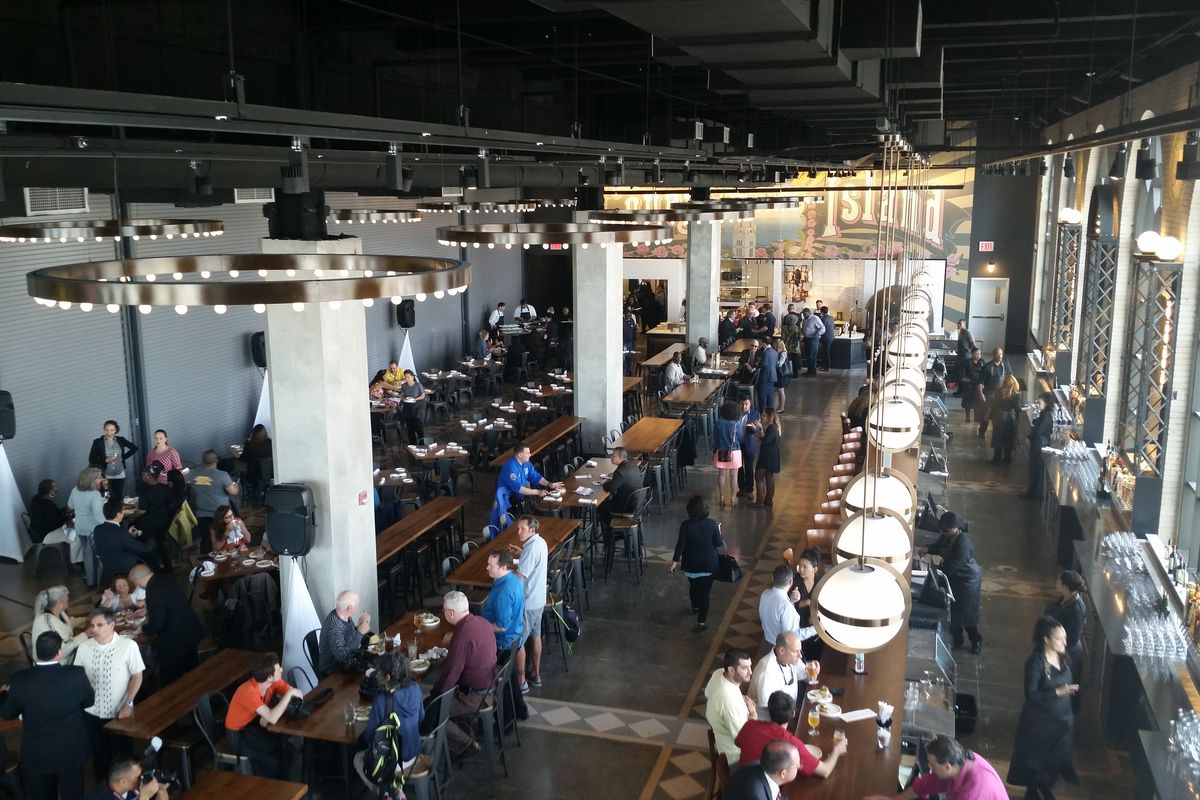 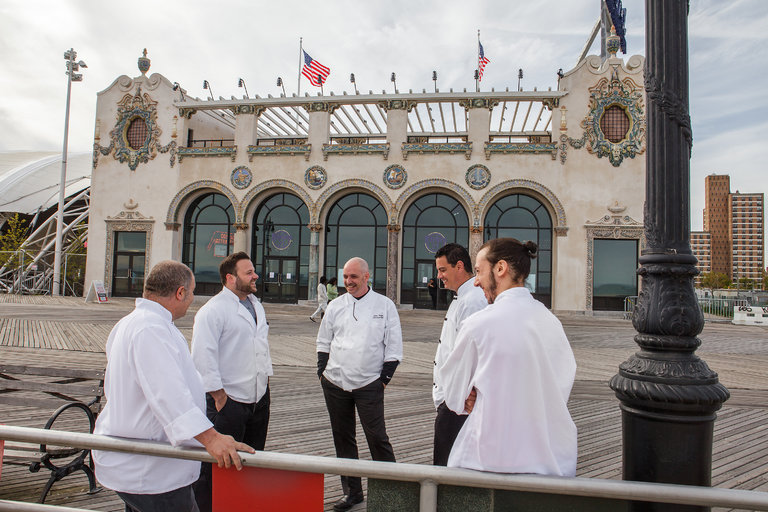 While we’re never eager to see the far side of spring, it’s hard not to get excited about the prospect of summer being just around the bend. And Memorial Day (make that Memorial Day Weekend), marks the unofficial start of barbecuing, beachcombing, and fruity, frozen drinks. Now’s the time to get primed for the season at the following summer-courting spots! Feltman’s/Kitchen 21
Crowds reliably descend on Coney Island for the Mermaid Parade and the Fourth of July, but it only makes sense to kick off beach season with a Memorial Day pilgrimage as well. Especially considering the boardwalk’s recent resurgence, due to the return of Feltman’s (Brooklyn’s original hot dog purveyor), which will offer free, all-beef sausages to its first 150 visitors, as well as the brand new culinary complex, Kitchen 21—a five concept food hall, occupying the landmarked, former Childs building, and featuring a clam bar, a test kitchen and a roof deck, overhanging the Atlantic.
1000 Surf Ave., (646) 337-6755
3052 W 21st St, (718) 954-9801 Maison Premiere
They may have lost Executive Chef Damon Wise, but that’s not keeping Brooklyn’s premiere absinthe and oyster bar from throwing their annual Memorial Day party and ushering in summer with live jazz, cocktails like the “Stevedore’s Pride” with Blue’s Cat, pineapple, plantains and rum, and barbecue specials from 12pm-2am.
298 Bedford Ave, (347) 335-0446 The Great Brooklyn Grill-Out
Get your barbecue on a couple of days early at this annual Saturday soiree, an all-inclusive, outdoor smorgasbord comprised of numerous grilling stations manned by celebrity chefs (look for ribs, tacos, grilled cheese and porchetta, from Sara Jenkins’ Porsena), as well as a hot sauce pavilion, a cider selection, and loads of craft beers.
1 University Plaza at The Food Sciences Academy of Long Island University 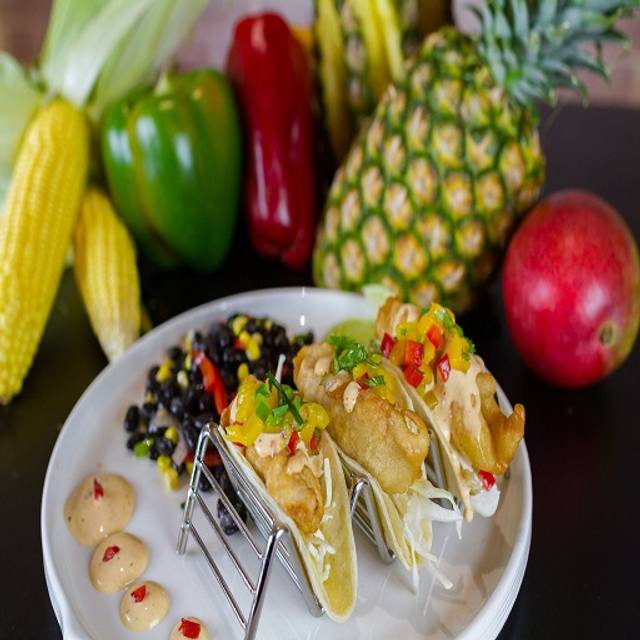